Black Hills spruce is a naturally occurring variety of white spruce native to South Dakota. It is more compact and slower growing than its eastern cousin, white spruce, and can live 150+ years. Its needles are denser and are darker in color, varying from bright green to bluish green. It was first seen by French explorers in 1743.

Black Hills spruce ranges from 30 to 60 feet in height and 15 to 25 feet in width. The tree is fairly drought resistant and prefers full sun exposure. It grows best in acidic, moist loams, but adapts to many soils including gravelly or sandy loams to fine clay soils. It is flood intolerant and sensitive to soil compaction. Its USDA growth hardiness zone rating is 2. It makes a good yard or ornamental tree and is good winter cover. The seeds provide food for songbirds, upland ground birds, and small mammals. The bark is eaten by porcupines and the foliage is lightly browsed by deer.

Black Hills spruce is used in conservation plantings and agroforestry windbreaks. The Plains Native Americans used the inner bark and shoots for food and the hardened sap for gum. They collected the spruce wood for tipi poles. Today the wood is used for dimensional lumber, pulpwood, and is a popular Christmas tree species. In 1997, the National Capitol Christmas tree was a 63 foot Black Hills spruce from the Black Hills National Forest in South Dakota.

The Black Hills spruce had a rocky and controversial start as South Dakota's State Tree. Some contended that the cottonwood would be more suitable as the State Tree, due to its widespread distribution throughout the state. Others thought that the Black Hills spruce, because of its tricky and controversial scientific name, should be dropped and replaced with the juniper (or cedar) as the State Tree. Both of these ideas were researched and dismissed by a joint committee. The Committee's report was accepted by both the Senate and the House. On March 10, 1947 the Black Hills spruce became the official State Tree of South Dakota. 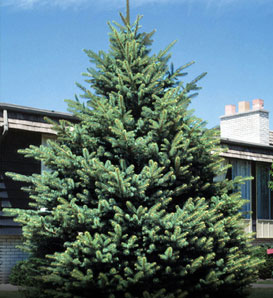 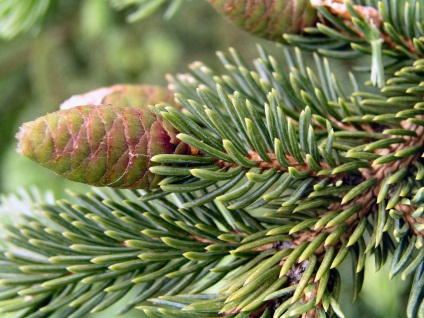